Nancy Mintz and Alan L. Stein, teacher-consultants from the New York City Writing Project, describe their experiences with weekly on-site consulting in teaching writing at a middle school and with literacy-based school reform at a high school. Introduction by Marcie Wolfe.

The Impact of Microenterprise Assistance Programs: A Comparative Study of Program Participants, Nonparticipants, and Other Low-Wage Workers

Addressing homophobia and heterosexism in the mental health classroom: An intersubjective frame for learning

Homophobia and heterosexism among mental health students is addressed through recognizing the intersubjective nature of the instructor-student relationships in the classroom. Theories about human behavior and clinical practice often present heterosexist views that go unchallenged. Unexamined views and prejudices can impact group dynamics and stir internalized homophobia within the sexual minority instructor or student. This article applies an intersubjective perspective to classroom vignettes, and it invites the educator to examine his or her theories and unconscious views as a precursor to providing an open learning environment for discussion and critique.

Ethnic identity and self-esteem, among Latino adolescents: Distinctions among the Latino populations

Caregiver mastery of hoarding behavior in a patient with dementia

The extent of symptomatology related to attention deficit hyperactivity disorder (ADHD) and oppositional defiant disorder (ODD) was examined in a statewide sample of 808 adopted youth (aged 4–18 yrs). The use of normed questionnaires in a nonclinical sample decreased biases associated with past research on adopted children. According to parental report, a striking number of the youth qualified as manifesting significant symptom levels of externalizing behavior problems: 21% met symptom cutoffs for ADHD (with or without ODD) and 20% met criteria for ODD (with or without ADHD), for a combined total of 29% of the sample. A number of parent-reported, preadoptive risk factors distinguished these groups from one another and from the nonexternalizing youth. The clearest associated factors included histories of preadoption abuse/neglect, later age of adoption, prenatal drug exposure, and placement in multiple foster homes prior to adoption. Implications regarding both etiology and current controversies surrounding the disproportionate levels of behavioral difficulties in adopted youth are discussed.

Compassion fatigue, apathy, and “haven’t we cured that yet?” are the familiar refrains as we adjust to a life that includes AIDS. As Americans tire of talking about the pandemic, we find that youths, women, and minority populations are contracting the virus at frighteningly high rates. Prevention professionals are concerned that funding cuts have resulted from a popular myth that the HAART (highly active anti-retrovi-ral therapies) medication regimen is a cure, not just a treatment. Equally worrisome is that these expensive treatments may divert funding from prevention programming. Prevention professionals are aware that while funding levels decrease, the infection rates continue to increase. Thus, the challenge is to evaluate what prevention messages are getting through and to develop programs that can target populations with a quick intervention that will begin the conversation, add a few facts, and personalize risk factors.

The evaluation of a sexual assault risk reduction program: A multisite investigation

This article summarizes the results of the Ohio University Sexual Assault Risk Reduction Project, which is a program designed to reduce college women’s risk for sexual assault. The program was evaluated at 2 separate universities with 762 women. Participants were randomly assigned either to the program or to the no-treatment comparison group, and they completed measures that assessed sexual victimization, dating behaviors, sexual communication, and rape empathy at the pretest and at the 2-month and 6-month follow-ups. At the 2-month follow-up, there were no differences between the groups on any of the outcome measures. However, those women who were moderately victimized during the 2-month follow-up were significantly less likely to be revictimized during the 6-month follow-up period if they participated in the program.

American families have changed rapidly in the past few decades. For instance, U.S. families are more ethnically and racially diverse than ever before, family structures vary widely as a result of marital transitions and changes in cultural mores, and technological and social changes have altered the experience of parenthood. Family scholars often have found it difficult to adequately stay abreast of such transformations. There are many indications that changes will continue to occur in the next few decades, perhaps even more rapidly than before. In this article, the authors, as young family professionals, discuss what they see as current and future issues professionals face in studying and working with families. Latino families, stepfamilies, and reproductive technology are presented as examples in which diversity presents challenges.

Assessing Students’ Values in an Era of Change

Although ours is a “value-laden” profession, it is often difficult to know when students have acquired appropriate values. This study reports on an effort designed to measure beginning BSW students’ perceived ethical conflicts, to examine their values relative to third and fourth year students and employed social workers, and to determine if beginning students’ values change during an introduction to social work course. Even before but especially after the Republican party began promoting its Contract with America, some social work educators began noticing a troubling conservatism among their students (Meyer, 1995). It may not be unusual today to find new social work majors who believe that women should not have the right to choose abortion, that most welfare recipients voluntarily elect not to work, and that AIDS is divine punishment for being gay. However, any trend toward conservatism should not be surprising. Land (1988) has noted that social work values have always vacillated with the era.

In this study, we suggest how social work educators can design and develop curricula to help welfare-to-work program personnel and workplace professionals maximize the work efforts of TANG participants.

In this article, I briefly present how occupational social work can be reformulated. I then examine what lessons other countries’ employment-oriented efforts suggest for this reformulated occupa- tional practice in US work programs. I suggest also that practitionersinothercountriescanderivelessonsfromthis expanded occupational social work knowledge and experience in the US to target unemployment and worker dislocation.

Wolfe explains how the New York City Writing Project has increasingly worked toward a vision that allows the site to help change and restructure schools while also helping teachers improve their practice.

Family insight through literature and drama: A teaching strategy revisited

Literature and film are powerful tools for teaching about family studies. They provide a perspective on family issues not available through more traditional means of study and thus serve as an important complement to empirical research. This paper demonstrates how literature and film can form an integral part of a course focused on active learning about family issues.

Life histories of poor urban Black women indicate that intrafamilial transmission of values about work and welfare is associated with young adult work status and perceptions about future economic self-sufficiency. Multifaceted transmissions in the form of direct parent-child communications about the value of work, tangible support from family and/or outside resources, and multiple examples of work attachment are associated with employment and perceptions of future self-sufficiency, regardless of teenage childbearing status. Where such transmissions are unidimensional, limited, or absent, the women are more likely to be unemployed and predict future economic dependency. Policy implications are directed at work programs, schools, and community-based job training and guidance for youth and their families.

I use multiple measures to examine the occupational attainment process among urban African American women from low-income backgrounds. Using 10-year follow-up data and earlier study data, I found that employment histories and current employment had more impact than childbearing events or amount of education on the income and job quality of minority women in their mid-twenties. Simply being employed led to an adequate job with minimal financial self-sufficiency. The most important contributor to a “good job,” one with ample earnings and more than adequate non-wage benefits, was having content-specific educational goals in high school, attaining post-high school training in the same content area, and obtaining jobs that utilized this content background. These findings suggest that chronological interruptions in the traditional occupational attainment process are normative for poor African American women, and, by themselves, are not opportunity costs; however, interruptions in content consistency result in lowered occupational attainment.

Discusses the varied range of social work experiences available to social work students at family service agencies. The decentralized organizational structure allows supervisor autonomy and flexibility that can result in an individualized field learning experience for the student. A case example of a student who attempted to begin a self-help group for parents of adolescents is presented. 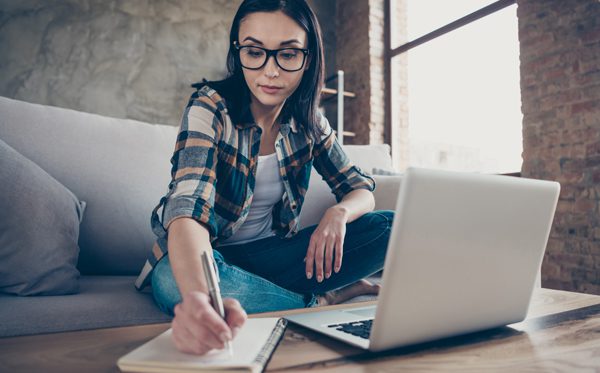 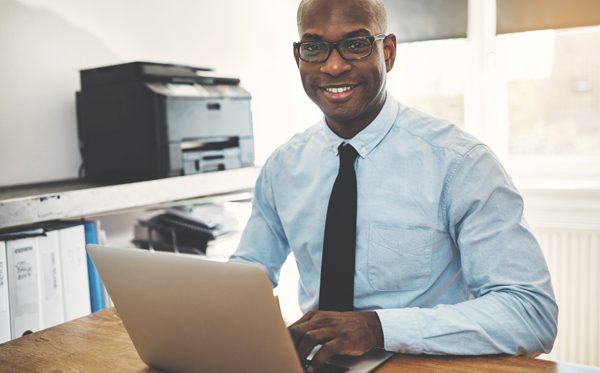 For Scholars and Fellows

Apply now to become one of our grantees at doctoral or post doctoral level.